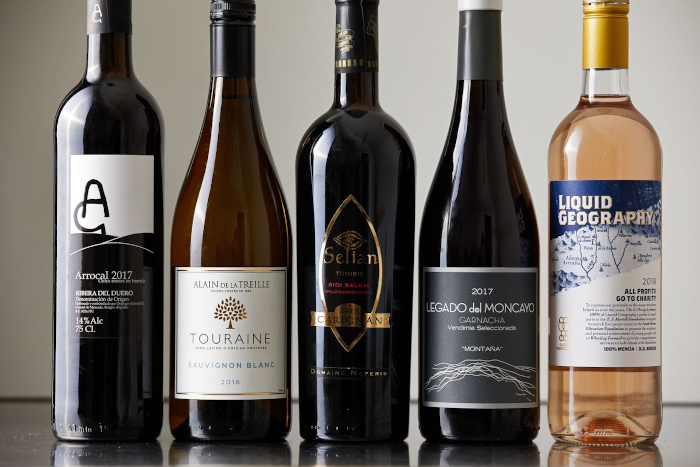 I’ve been on a western Mediterranean kick lately, especially enjoying some great bargains from Spain. This is the second week in a row a Spanish garnacha snags the greatest value of the week designation, another example where this category continues to shine. I was even more enamored of the tempranillo from Arrocal in Spain’s Ribera del Duero region. These would be fun to taste side-by-side with the Domaine Neferis Selian Carignan from Tunisia, while crossing another wine country off your list. All three are bold, juicy reds, ideal to pair with smoky grilled meats. And while the coals are warming up, slake your thirst with a delightful rosé from Spain or a crisp sauvignon blanc from the Loire Valley.

Legado del Moncayo Montaña Vendimia Seleccionada Garnacha 2017
**1/2 GREAT VALUE
Campo de Borja, Spain, $14
Spain’s old garnacha vines produce some terrific value wines. This one is fun and juicy, with flavors of boysenberry, cherry and mint. Give it some time after pulling the cork, and it will reward your patience. Alcohol by volume: 14.5 percent.