Bodegas y Vinedos San Roman is a family owned winery that was founded by iconic winemaker Mariano Garcia in 1998 as Bodegas y Vinedos Maurodos. His vision was to produce world class wines which balanced freshness and longevity in the bottle against the renown power of the region's wines.

In the late 1990s his two sons Alberto and Eduardo joined the team, as director of operations and technical director respectively. They own 100 hectares of vineyard in the villages of Villaester, San Roman de Hornija, Morales de Toro and Pedrosa del Rey. The vineyards are planted mainly with Tinta de Toro, a local clone of Tempranillo that has adapted to the local region. In general the vines offer smaller berries and bunches than Tempranillo in other regions, and yields wines that offer deep colors, intense aromas and robust structure.

In recent years the winemaking team, under Eduardo's direction, has been producing wines in a fresher style, harvested at the optimum moment to balance freshness and richness. This leads off with intense attention to farming exceptional grapes using organic methods and some biodynamic concepts and practices.

In terms of the wines, Prima, their entry level wine, has started to incorporate a higher percentage of Garnacha in the blend and is now aged partially in large wooden vats as opposed to barrels. Grapes for San Roman, their original wine, have been harvested earlier and see shorter maceration times during fermentation. Finally, In 2017, they released their first single vineyard "reserve" wine called Cartago Paraje de Pozo, which comes from a plot of 45 year old vines on very sandy soils and sees extended aging in oak barrels. 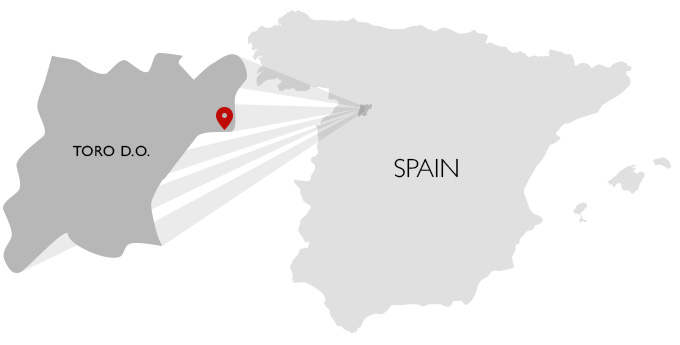